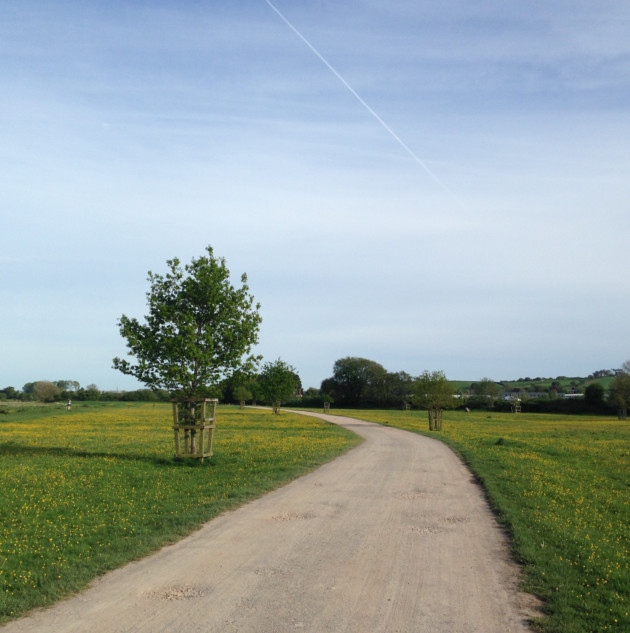 The viewspot from Barley Lane

Running has increased in popularity in recent years, seeing a stark rise in fun runs and marathon entries across the country. Whether you’re a novice runner or a marathon veteran, getting out and about is always a great way to clear the cobwebs and unwind. Running offers a variety of health benefits like reducing stress levels and increasing endorphins, also known as the ‘feel-good’ hormones.

Whereas many enthusiasts across the country will have to put up with pounding city pavements, here in Devon joggers are lucky enough to have an array of scenes to run past. Running enthusiast, Sam Hill, gives a list of her top ten runs in Devon.

The East Devon common land offers a mixture of surfaces with some nice (and some not so nice) hills. While enjoying stunning scenery, runners can pass a Viking fortress that dates back to 500-300 BC. Just be sure to take your phone with you as, due to the huge mix of different trails going off in different directions, it can become quite easy to end up lost resulting in clocking up a few extra unwanted miles.

Venture to Exeter for this very popular running route. It is easily accessible and most importantly, it’s flat, very flat. This route starts at Exeter Quay, over the swing bridge, past Turf Locks and up towards Powderham Castle, and if you’re still not tired then you can go on to Starcross and Dawlish, but make sure you have enough energy to make it back. Just bear in mind that this is a popular route so be prepared to dodge cyclists, dogs and fellow runners as you go.

Spectators along the Tarka Trail

One for lovers of the sea air this South Devon run starts in the popular resort of Paignton, passing the pier and harbour and the quiet beaches at Goodrington and Broadsands. It utilises the best the region has to offer as the path goes into the countryside, passing the quiet and beautiful Elberry Cove before emerging into the busy harbour at Brixham.

4. Exeter Green Circle
The Exeter Green Circle 12 mile walking route around the city can also make a great running track. With the added bonus of the fact that you can join it from almost anywhere in the city the run includes pavements as well as trails through countryside footpaths. The start of one of the most popular routes is Barley lane on Dunsford Road which takes you behind Exwick and back down onto the river Exe. Keep your eyes peeled for the ‘Green Circle’ signs along the way to keep you from veering off.

A pleasant yet taxing trail run, Haldon Hill is the perfect release for anyone tackling the A38 traffic. The best thing about running up at Haldon is the options it brings with it, giving you the choice between a flat or hilly run. So whether you’ve opted for a tricky trail or tranquil jog enjoy the stunning views whilst soaking up the peaceful atmosphere.

It’s quite easy to get lost on Dartmoor, so sticking to an out and back run is probably wise for those who don’t know the moors well. The region offers an array of trail runs, but one in particular stands out – the Princetown run. Starting out at the Information Centre, from here cross over the mini roundabout and follow the bridleway alongside the Plume and Feathers pub. After going through the gate you’ll pass South Hessary Tor, follow the track until you reach a boundary marker to which you can take a right down into Burrator reservoir, here you’ll share your path with a wealth of wildlife.

This classic cyclist route is also perfect for runners. Being both flat and friendly on the knees, with only a small proportion of the ground being tarmac, the views over the River Exe can be enjoyed all year round. If you head off early in the morning you will find very few cyclists, but maybe the occasional bird watcher. The good thing about his track is that the ground is stable and with the frequent sign posting you can’t get lost.

8. Bideford to Great Torrington
An entirely traffic free run and approximately 6 miles this is perfect for all abilities. The path goes along the Tarka Trail, continuing on the old railway bed and along the Torridge Estuary. Although this can feel a tough trial at times it is predominantly a fun run, as you get to cross bridges, splash through puddles and speed through tunnels. Not one for those who want to keep their new trainers clean!

A classic Mid Devon track and a favourite for Devon’s most famous runner and mum, Jo Pavey. Starting at the Tiverton Road Bridge, begin by heading over the sandstone bridge, taking a left to join the canal. Once under the bridge, the canal will sit on your right. Enjoy the views the canal has to offer and make sure you wave to the canal boats as you pass.

A less known run that offers great views and maybe the sighting of a beaver if you’re lucky! To the right of the skatepark on Budleigh beach carpark is a trail that runs from the beach all the way to Otterton. Past the cricket ground is a totally flat, 4 mile out and back route which allows you to take in some sea air whilst running past the estuary with views of sleepy cows and this spring’s show of ducklings. Once in Otterton you have the choice to run straight back or you can you can stop off at the Mill for a glass of refreshing lemonade.